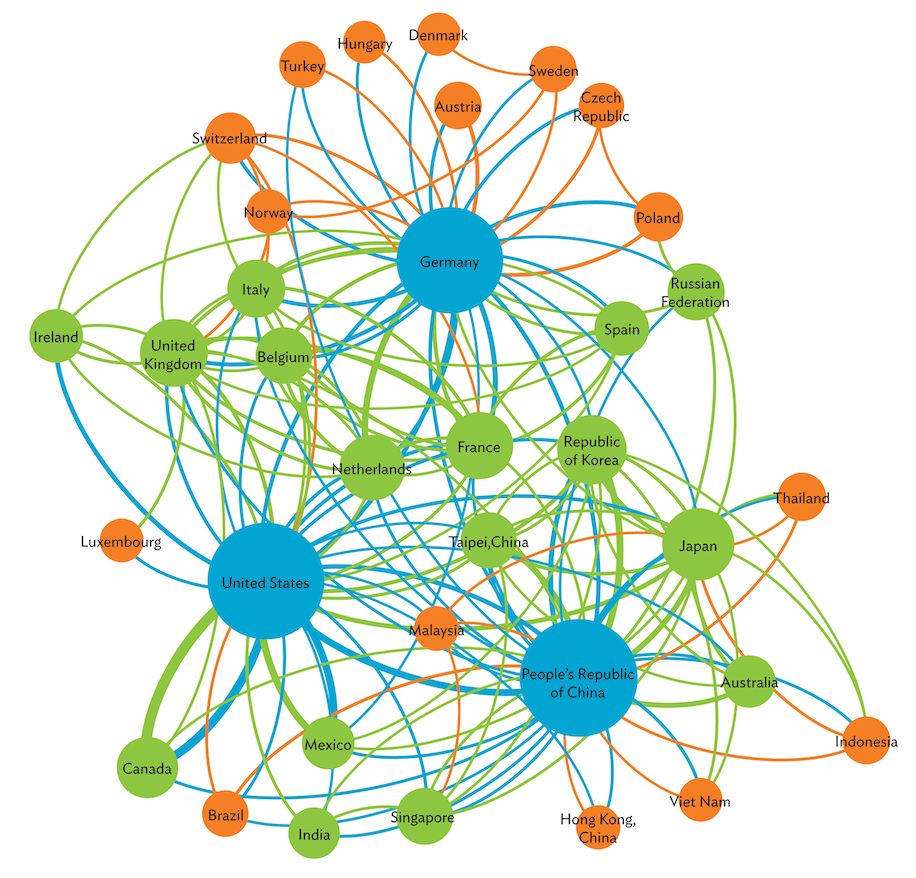 Since the half of the 90’s – with growing involvement, intensity, and geographical extent – the manufacture of a good has been fragmented into phases so that it takes the form of a sequence of tasks assigned to firms located in very different places. Global value chains (henceforth GVCs) reflect this distinctive pattern of the international division of production. The phenomenon involves both firms in developing countries, where participation in GVCs is an opportunity to industrialize highly labour-intensive tasks, and firms in the developed countries, which frequently operate in what are considered to be the most remunerative segments of GVCs, i.e. upstream and downstream to the production of a good.

The organization of production in GVCs is a phenomenon of great importance. At the macro level, it has a significant impact on the productive specialization of individual countries, which now in large part compete on individual phases (for example, R & D, Design, Assembly, Logistics) rather than on final goods. At the micro level, it offers opportunities of various kinds to firms, depending on their positioning and the capacity to move along the GVC and settle on more remunerative tasks (the so-called upgrading process).

The Italian economy has been characterized by growing integration into GVCs. In fact, according to the index of GVCs participation, Italy ranks equal with Germany and France. At micro level, Italian firms seem to be involved in GVCs mainly as intermediate firms: that is, they sell to other firms rather than operating in the market for finished goods.

The research carried out by the Rossi-Doria Centre covers both macro aspects – the trade in value added- and firms level analyses.

The Rossi-Doria Centre organizes on a regular basis international Workshops focused on GVC.

Seminar: On the economic and health impact of the Covid-19 shock on Italian regions