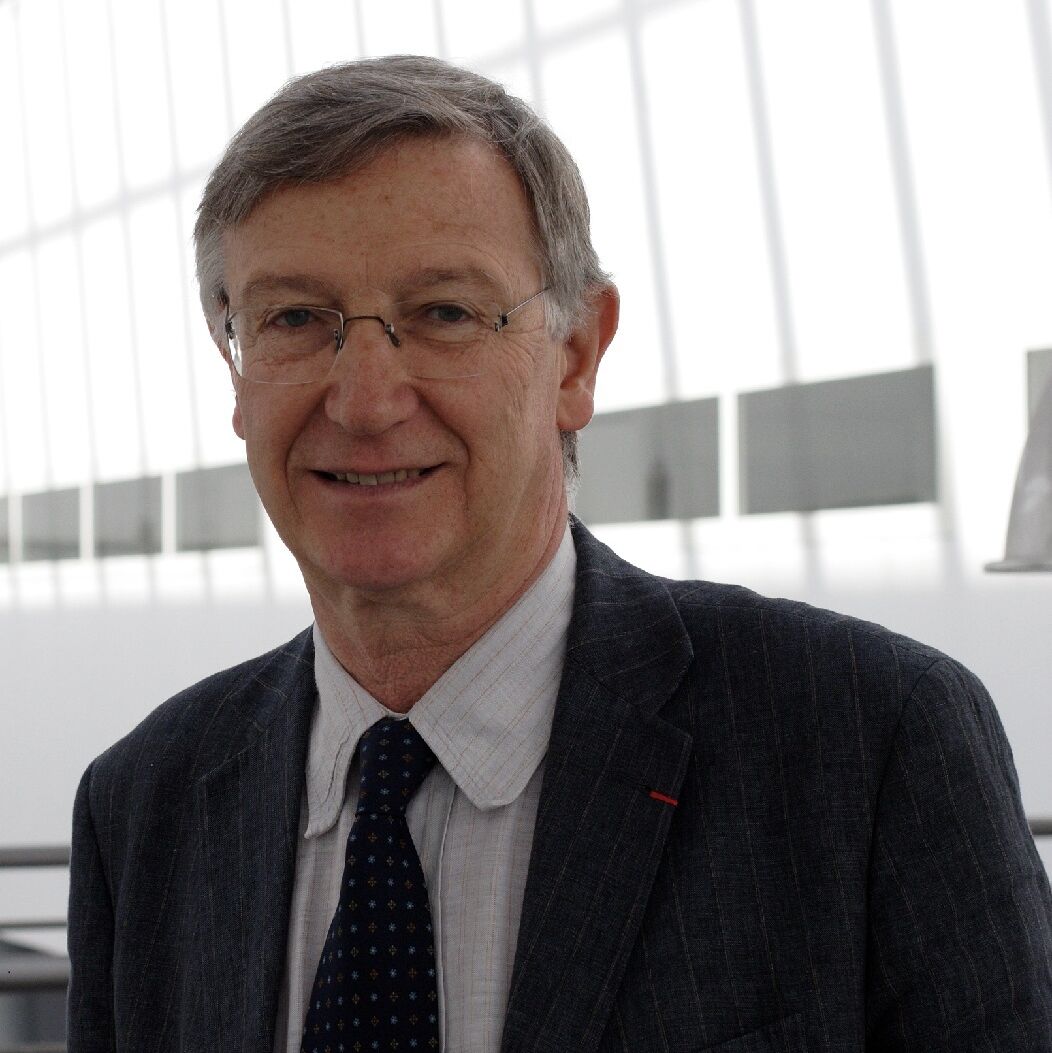 Guido Fabiani,  B.Sc. in Agricultural Sciences; Ph.D. in Development Economics, Centro di Specializzazione e Ricerche Economico-Agrarie per il Mezzogiorno, Portici-Napoli; Full Professor of Economic Policy in 1980, Dean of Roma Tre Faculty of Economics “Federico Caffè” from 1992 to 1998, Provost of  Roma Tre University from 1998 to 2013, is Professor Emeritus  of Economic Policy. From 2013 to 2018 he was appointed Councillor for Economic Development and Productive Activities in the Latium Regional Government. Among the awards he has received are: Chevalier de la Légion d’honneur  of the French Republic; Doctor Honoris Causa  of  the Universidad Ricardo Palma, Lima, Peru; Grado de Gran Oficial, Orden de Bernardo O’Higgins, Republic of Chile; Honorary Doctor  of Arcadia University – The College of Global Studies, Philadelphia-PA. His main fields of research include international and Italian agriculture; territorial and environmental planning; Southern Italy development. His books, translated into many languages, cover topics such as an analysis and economic policy of Italian and international agro-industrial systems; regional territorial planning; development of the Mezzogiorno.
READ MORE 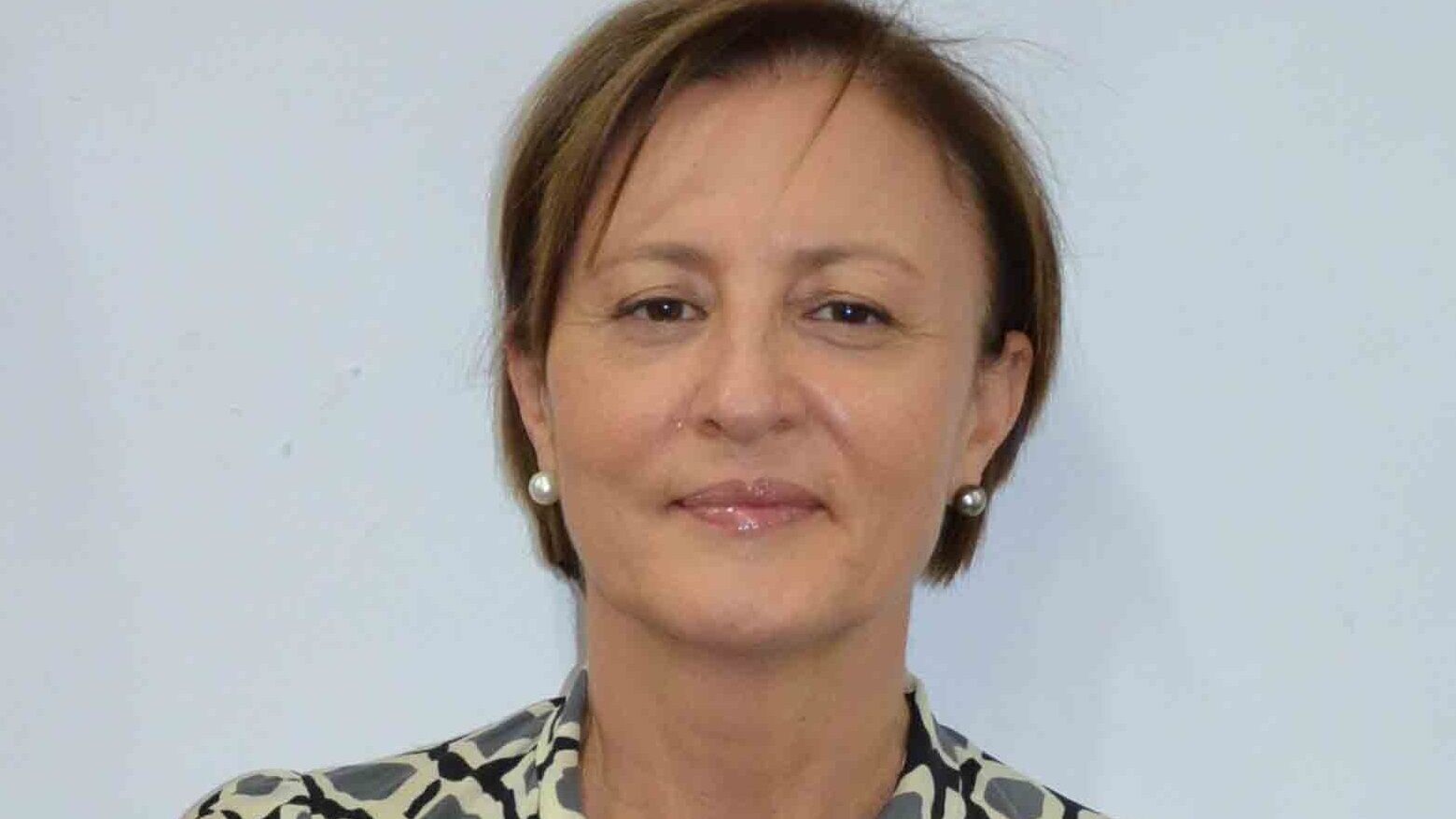 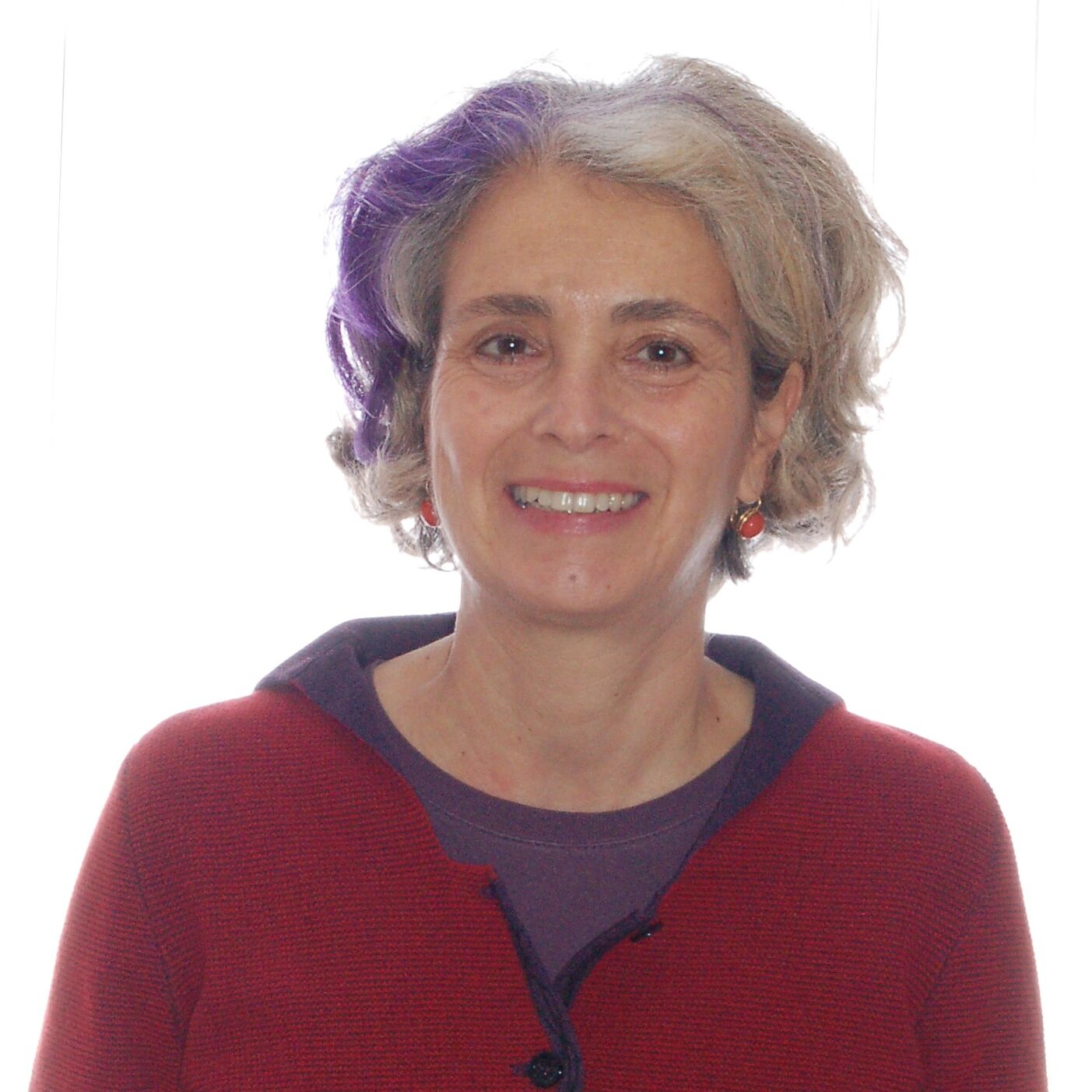 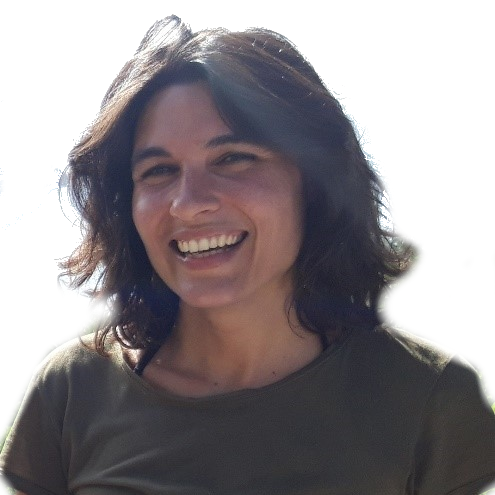 Mara Giua is an Assistant Professor (tenure track) at the Department of Economics - Roma Tre University, where she teaches economic policy; urban and regional economics and quantitative methods for economic and policy analysis. She is also Visting Fellow at the London School of Economics and a member of the  OpenCoesione Team at the Department for Development and Cohesion Policies of the Italian Presidency of Ministries. Starting from September 2019 she is vice-academic coordinator of the Jean Monnet Project ‘Understanding European Economic Policy: Towards a Deeper Union’, financed by the European Union. Her research focuses on the economic disparities across regions, sectors and firms in Europe and on the economic analysis of the policies implemented to counteract these imbalances. She published a number of papers on the economic impact of regional policy in the most disadvantaged areas of Europe, on the relations between the different European policies with a territorial dimension, on the role of the policies for the innovative and the most traditional sectors. Her principal articles appeared in Regional Studies, Journal of Regional Science, Environment and Planning A, Journal of Common Market Studies.
READ MORE 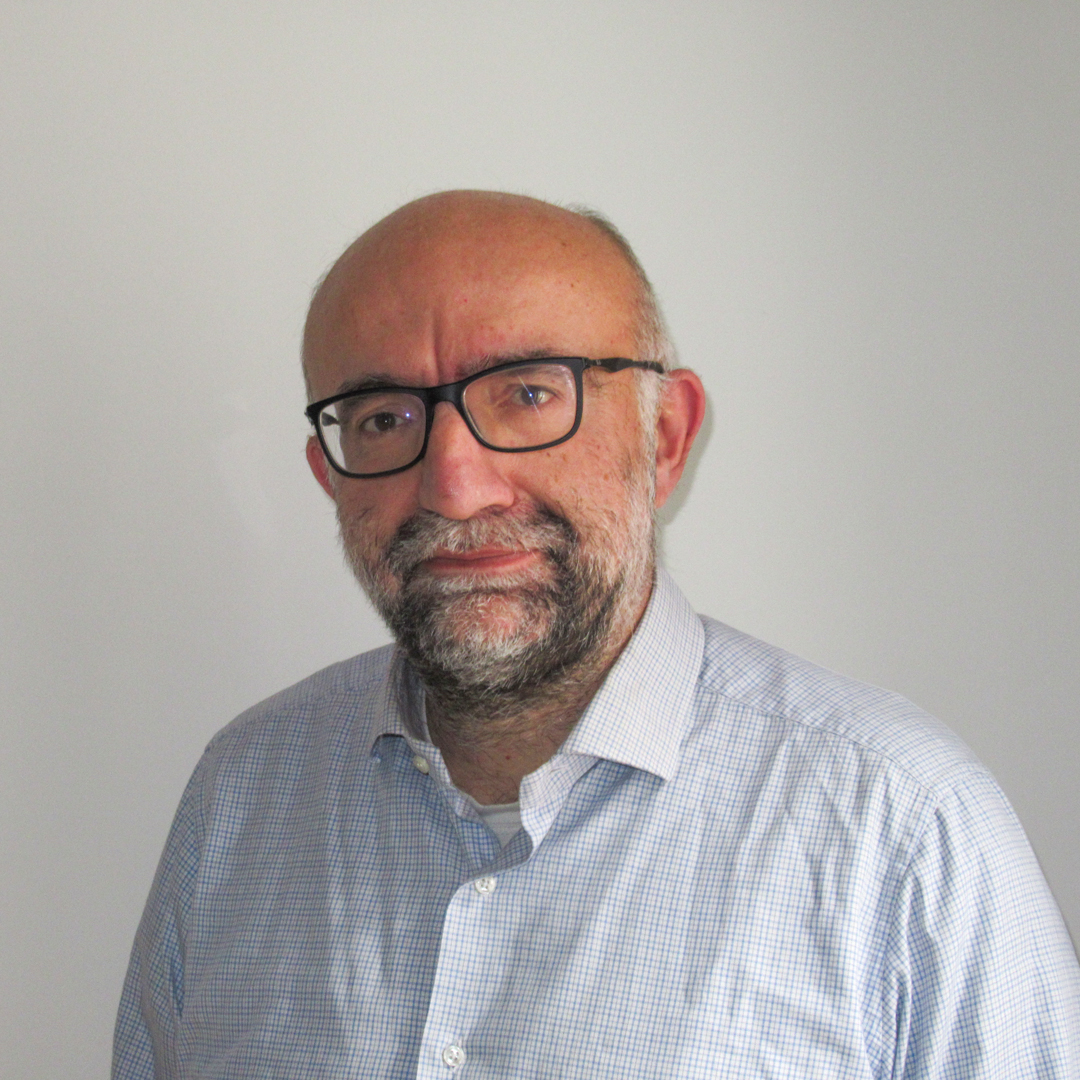 Luca Salvatici is Full Professor in the Department of Economics and faculty of the Ph.D program in Economics at Roma Tre University. He participates in the Editorial Board of the journal Economía Agraria y Recursos Naturales and the Italian Economic Journal. He is member of the International Agricultural Trade Research Consortium, and he has been involved in several research projects both at the European and national level. He has extensive consultancy experience, having completed work for the The World Bank; the Food and Agriculture Organization of the United Nations; the International Food Policy Research Institute; the EU Commission. His most recent publications appear on: Energy Economics; European Review of Agricultural Economics; Journal of Economic Surveys; Review of International Economics; Journal of Global Economic Analysis. 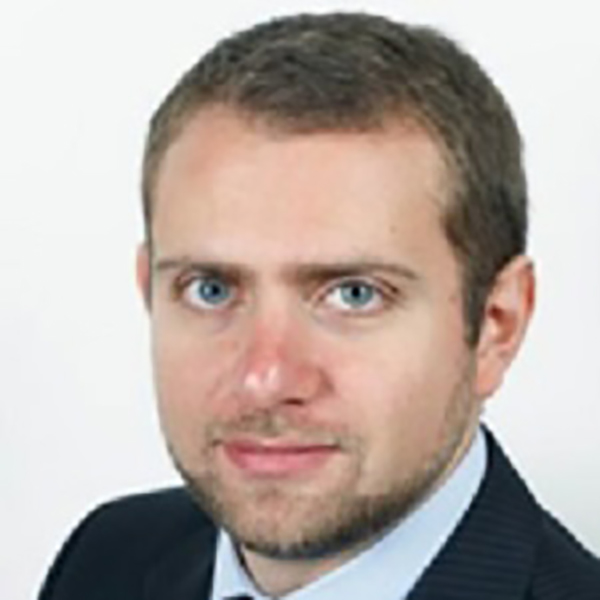 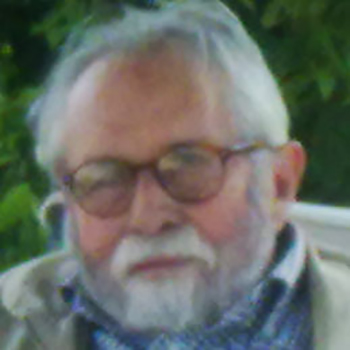 In 1989 Michele De Benedictis  was the first agricultural economist to be elected Fellow of the Accademia Nazionale dei Lincei, the most prestigious Italian Scientific Academy. In 1996 he was among the founders of the Associazione per Studi e Ricerche Manlio Rossi-Doria of which he has been President throughout its life. In more recent years he was awarded Lifetime Membership by the International Association of Agricultural Economists. He was emeritus member of the European Association of Agricultural Economists and by the Italian Association of Agricultural and Applied Economics. His research interests concentrated in two main areas: – theoretical issues and quantitative methods applied to production economics: his work was instrumental in accelerating the “modernization” of agricultural economics research in Italy in the area; – agricultural production and structural adjustment in Agriculture in Southern Italy, with particular emphasis on issues linked to efficiency and equity. In 1979 Michele De Benedictis published – with Vincenzo Cosentino – Economia dell’Azienda Agraria, a production economics textbook that made profound innovations in the traditional teaching of farm management in Italy and that represents the major output of his research efforts during this period. Later on his research interests moved toward agricultural policy, with specific attention to the problems of the Common Agricultural Policy, international economics and international trade and, more recently, neo-institutional economics and its potential implications for agricultural economics research. Throughout is prolific career Michele De Benedictis wrote more than 150 scientific papers in Italian, English, French and Spanish. Biography of Michele De Benedictis (Italian). Il percorso biografico di Michele De Benedictis, by Anna Carbone and Roberto Henke. In: Michele De Benedictis: scritti scelti 1964-2008, edited by Anna Carbone, Fabrizio De Filippis and Roberto Henke, edizioni l’ancora del mediterraneo, 2009
READ MORE

Riccardo Crescenzi is an Associate Professor of Economic Geography at the London School of Economics and Visiting Scholar at the Kennedy School of Government at Harvard University. He is also affiliated with the Department of Economics, Roma Tre University and the Spatial Economics Research Centre at the LSE. Riccardo is current holder of a European Research Council Grant. He was a Jean Monnet Fellow at the European University Institute (Florence) and a Visiting Scholar at the University of California Los Angeles (UCLA). Riccardo was also the Director of the MSc in Local Economic Development at the LSE. Past research and academic awards include the Royal Geographical Society Best Dissertation Prize, the Italian Regional Science Association Prize G.Leonardi for the best PhD Dissertation and the joint Italian National Accademia dei Lincei & British Academy for the Humanities and the Social Sciences research fellowship and the LSE Prize for outstanding teaching performance. He is currently co-Principal Investigator in an ESRC project and was Principal Investigator or co-PI in one ESPON Project and two EU-funded FP7 Research Projects. Riccardo has provided advice to, amongst others, the European Investment Bank, the European Parliament and the European Commission (DG  Regional Policy). He is member of the Editorial Board of Papers in Regional Science and the Journal of Regional Science and Associate Editor of ‘Regional Studies, Regional Science’. His research is focused on regional economic development and growth, innovation, regional policy, comparative territorial analysis of Developed and Emerging Countries and on the location decisions of Multinational Firms and their local impacts.
READ MORE

Pasquale De Muro is Professor of Human Development Economics at the Department of Economics of Roma Tre University. He got his M.Sc. and Ph.D. in Agricultural Economics and Policy from University of Naples “Federico II”. He has founded and co-ordinated the Master in Human Development and Food Security of Roma Tre University. He has collaborated with international organisations (FAO, IFAD, World Bank) and has been lecturer at the University of Glasgow, University of Ougadougou, and University of Massachusetts, Amherst. His current research interests and publications concern the theories and policies of human and economic development, the capability approach, poverty and well-being analysis, hunger and food security, rural development, and Sub-Saharan Africa
READ MORE