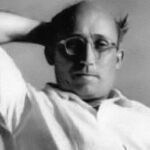 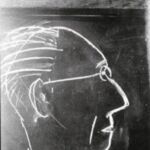 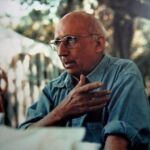 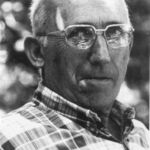 Manlio Rossi-Doria was the master and inspirer of the group of persons who today gather at the Centre named after him with the intention of carrying forward his scientific and cultural endeavor. First an anti-fascist and then an agricultural economist and an expert on the problems of Southern Italy, Rossi-Doria actively participated in Italian political affairs for a large part of the 1900s. In 1959 he founded, in Portici, the Centro di Specializzazione e Ricerche Economico-Agrarie per il Mezzogiorno (Centre for Economic and Agricultural Specialization and Research for the Mezzogiorno), a school which in many respects pioneered postgraduate education and advanced research in the social sciences.

Among the many features that distinguished Rossi-Doria’s scientific work and his extraordinary capacity to anticipate the future, to be mentioned in particular are the followings: his interest in environmental issues; his concern for the European dimension in both politics and economics; his interdisciplinary approach which skillfully mixed economics, sociology, anthropology, and history.

Another feature – not at all secondary to Rossi-Doria’s capacity to understand the agricultural economy and rural society – was his commitment to territorial analysis and study of differences within the macro-areas traditionally considered by economic-agrarian studies. His distinction between “flesh and bone” is still a metaphor used by those who study Italy’s South – or, rather, its many different Souths.

In his life as a scholar, Rossi-Doria published numerous articles of importance both for their scientific content and their criticism of the economic policies adopted in post-war Italy. Rossi-Doria stance’ was connoted by a strong and explicit idealism nonetheless deeply rooted in rigorous scientific analysis.

The Rossi-Doria Centre continues the examination of the Rossi-Doria archive – conserved at the Associazione Nazionale per gli Interessi del Mezzogiorno d’Italia (National Association for the Interests of the Italian Mezzogiorno, ANIMI)– already engaged by the former Rossi-Doria Association. Currently available is a selection of letters on the subject of Europe that Rossi-Doria exchanged over several decades with scholars of such calibre as  Altiero Spinelli, Pietro Nenni, and others (Mezzogiorno d’Europa, Donzelli Editore). Previously the Association edited another body of correspondence that testifies to his passion for the South (Una vita per il Sud, Donzelli Editore, 2012) and beside also produced the complete edition of Rossi-Doria writings.